Another SpaceX Starlink Mission in the Books!

This was the sixth launch and landing of this Falcon 9 first stage booster, which previously supported launch of GPS-III Space Vehicle 03, Turksat 5A, and three Starlink missions.

One half of Falcon 9’s fairing supported the Sentinel-6A mission and the other supported a previous Starlink mission!

As you can see Im always watching even when launch is at 4AM! 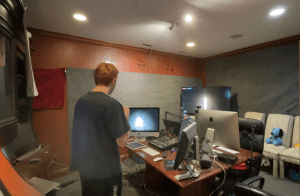 You can watch a replay of this mission below

View all posts by: Gage Telesz

"Was the body intact?" - Mark Bingaman "It was all contained within the storage tote... I think I'll leave it at that." - Delaware County Sheriff's Office Chief Deputy Jeff Balzer. my967.net/audio-body…

Audio On Demand: Everything you wanted to know about cooking and eating cicadas - plus their nutritional value! We chatted about that & more on the Breakfast Club with Dr. David Shetlar, @ohiobugdoc Professor Emeritus of Entomology at Ohio State. my967.net/audio-cook… pic.twitter.com/Tqik…

Enter now to win free tix to Zoombeezi Bay, the Columbus Zoo, the Wilds, & more. It's the My 967 Summer Fun Stash! First winner Wed at 7:30 am. my967.net/contests/m… pic.twitter.com/xomc…

What would you have done? Audio-on-Demand: We spoke with Delaware City Councilwoman Lisa Keller about a local woman's vaccination plight and job loss. my967.net/no-vaccina…